Insurance Advisernet is pleased to announce that we have been awarded the inaugural Authorised Representative Network of the Year at the 2018 Australian Insurance Industry (ANZIIF) Awards.

The 15th edition of the prestigious awards were held at Luna Park in Sydney on 30 August to recognise excellence within the Insurance Industry and was attended by over 800 insurance industry professionals. Shaun Standfield, Managing Director for Insurance Advisernet was understandably delighted with the result, saying it was a watershed moment for the business which was founded by Chairman Ian Carr back in 1996. “It’s a wonderful testament to the direction our business continues to take and we’re extremely confident in the future,” he said. “Authorised Representative (AR) network models are the insurance industry’s fastest-growing and most dynamic distribution channel, and our national network of more than 350 advisers continue to demonstrate to clients that advice and trust will win over the direct price competitors.”

Today, Insurance Advisernet is one of the largest and most respected General Insurance businesses in Australia and is part of the AUB Group (formerly Austbrokers), an ASX-listed company with over $4.5 billion in gross written premiums under management. Shaun Standfield explained Insurance Advisernet’s sustained success has been built around a drive to help protect, enhance and grow their AR’s businesses. “We work hard to deliver the market-leading structures and support our ARs need, but they’re ultimately the ones out there running and owning their own businesses across Australia. This award is a fantastic recognition of their ongoing commitment and collective efforts.”

Beyond the broking business itself, Shaun Standfield also singled out the increasingly active role Insurance Advisernet and its Authorised Representatives play in supporting charitable causes in the wider community. “The Insurance Advisement Foundation began in 2015 and in 2017/18 alone contributed more than $400,000 to charities including the Tour de Cure, Lifeline, Prostate Cancer Council of Australia, Beyond Blue, Juvenile Diabetes Research Foundation, Pause 4 Parkinsons and the McGrath Foundation,” he said. “We want to be a strong business, but we also want to be a strong member of the communities in which we operate. That will never change.” 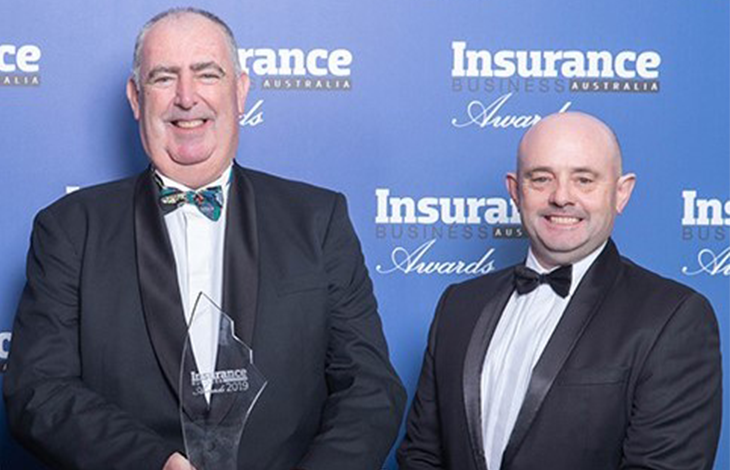